This issue publishes the plenary presentations from the 2014 LCMS Theology Professors Conference, which centered around the theme of the “new obedience” of Article VI of the Augsburg Confession. The conference is a regular opportunity for the theologians of the Concordia University System and the two LCMS seminaries to engage in fruitful conversation, to learn from each other in continuing education and lifelong learning.

We talk a good game about continuing education, but it doesn’t always seem to gain traction. What would it mean for clergy and church workers to be vitally engaged in lifelong learning? Or, perhaps a better way to put it, what would it look like? Educators and DCEs already know. They are engaged in continuing education as a natural, and in many cases mandatory, part of their vocation. On this score, clergy are behind the curve. Virtually all “learned professions” (the medical professions, law, engineering, et al.) have a process of continuing education built into the exercise of their work. Why not pastors? In a society and culture that is moving with so much velocity, in so many different directions, why would we even want to persist in the myth that every thing we need to know we learned, if not in kindergarten, then in the four years we spent—in what seems like a century ago—earning the degree that made us eligible for a call? We certainly wouldn’t want our primary care physicians to work that way. Why then those involved in the work of Seelsorge?

At the heart of a profession that values lifelong learning—whether it is required, encouraged, apprenticed, or simply part of the job—is a deeply personal value for curiosity. Those who recognize that learning is a formative lifelong process that only ends when they are six feet underground have a vital interest in understanding the world. I am becoming increasingly convinced that the loss of a sense of curiosity is one of the most tragic intellectual symptoms of what many have diagnosed as affluenza. And it happens every time we act as if we know the answer before the question is asked.

For Christians, of course, our learning doesn’t even end when we’re six feet under. Its end (telos) is in the certain hope that one day we shall know as fully as we are already fully known (1 Cor 13:12).

As such, it should be clergy who model the most vital sense of curiosity, because our curiosity doesn’t just seek to understand the world. We understand more than most that faith alone—fides quarens intellectum—seeks to understand not only the world, but the God who is at work in the world to make all things new.


On the cover: Detail from The Good Samaritan (after Delacroix) by Vincent van Gogh(1890), from a significant body of copies van Gogh executed while he was institutionalizedin Saint-Paul asylum in Saint-Rémy-de-Provence (image: Wikimedia Commons).

Encomium for William Carr, Upon His Retirement
James Voelz

BLESSED ARE THE BALANCED: A Seminarian’s Guide to Following Jesus in the Academy
Bruce Hartung 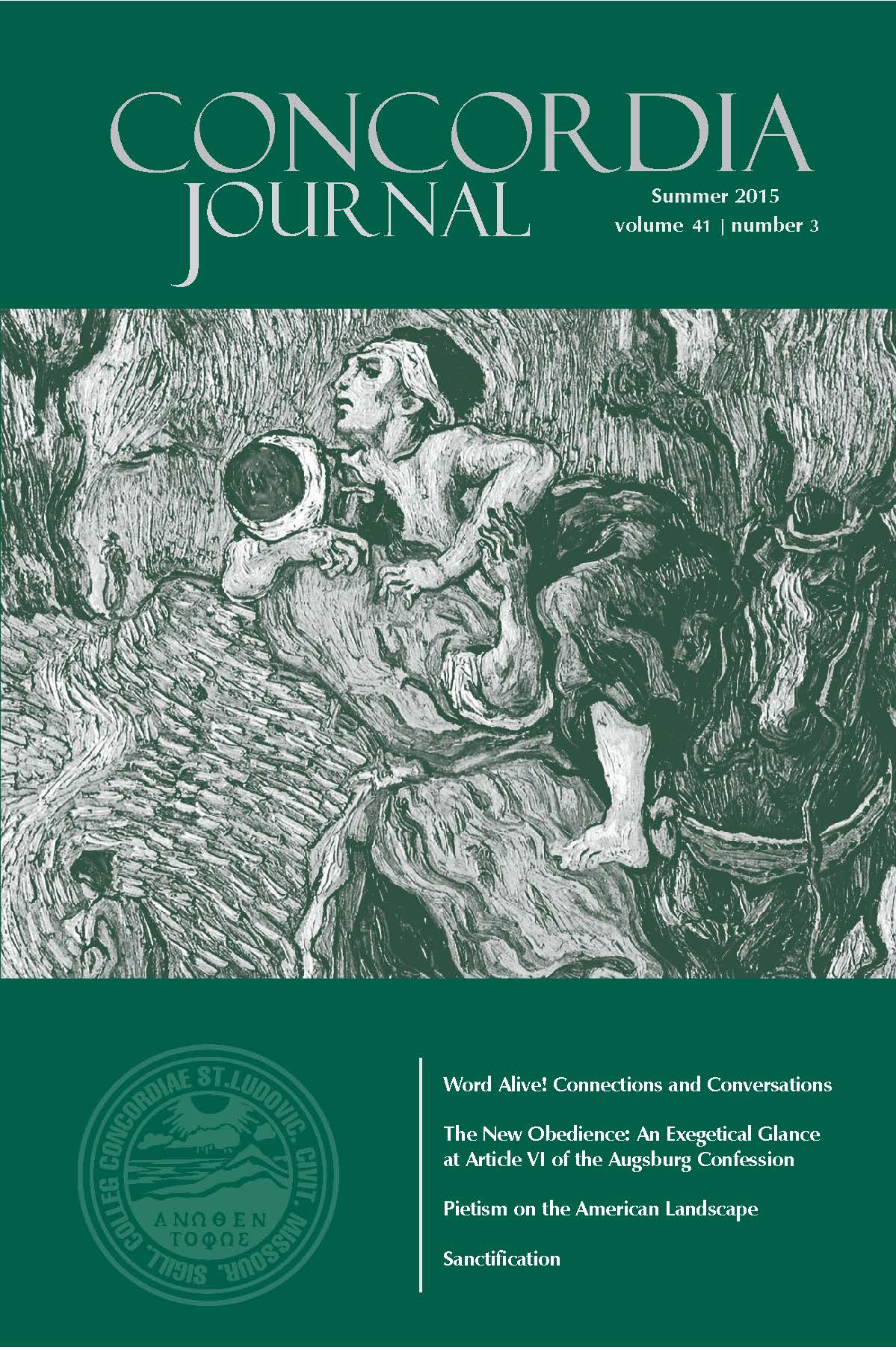