The articles of this issue of Concordia Journal could be loosely themed around questions of culture.

I suspect that, all too often, the word “culture” has become another wax nose, fashioned into whatever it is we need it to mean in whatever argument we need to make it. I often find myself drawn to definitions of culture that illuminate the systems or networks by which human beings and their communities find and make meaning. Construed this way, cultures are multifaceted, complex, often evolving and devolving at the same time. And to understand them requires what Clifford Geertz called “thick description,” the ability to explicate the depth of cultural symbols and significance, to see what is really at work in our various cultural interactions, both on the surface and underneath it. The assumption, of course, is that religion, anthropologically speaking, is one of the primary networks for meaning-making, for how it helps its adherents make sense of the world. Religion is so much more than that, but we do well to remember that it is that too.

Religion is a culture.

This means that it is really impossible to be truly separate from culture. It is ubiquitous. Which makes me wonder if the greatest challenge for the church in culture today isn’t in how it defines itself for or against “culture” per se, but in how it interacts within a complex web of particular cultures (emphasis on the s). It strikes me that we often assume there is still one dominant “culture” within society when in fact, on the ground, human beings find themselves within any number of dispersed cultural webs that produce meaning for their lives. We choose some of those cultures; some of them are chosen for us. In this sense, the church has to grapple with how to express and live out its own particularity within a muddled web of particularities, where no particular “culture” has a monopoly on how meaning is made. This will inevitably mean that there will be times and places when we embrace culture and when we resist it. Sometimes we will be doing both at the same time.

Of course, this also means that I always have to be ready to check my assumptions at the door. I have to remind myself that perhaps everything I just wrote is its own wax nose. “Never be wise in your own sight” (Rom 12:16b). Therein lies the rub.

Christ Coming To Us Luther’s Rhetoric of Location
Trevor Sutton

BLOOD AND LIFE: Sermons on the Old Testament By Michael Kasting
Francis Rossow

WHY PRIESTS?: A Failed Tradition By Garry Wills
John Helmke 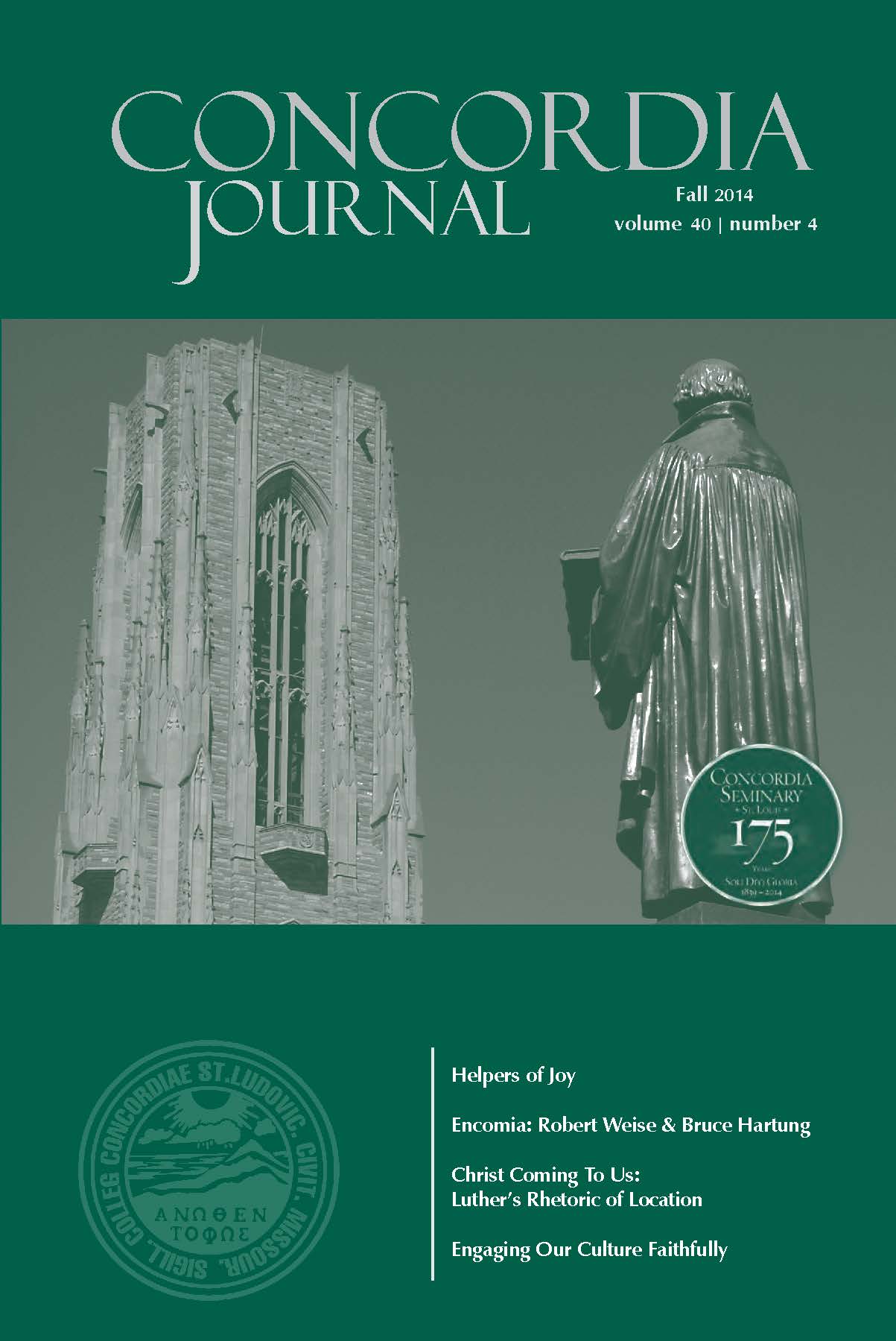